Welcome to the End
of Network Latency

Industry data from multiple sources state that just one (1) second of latency will cause an average business with a mix of brick and mortar and e-commerce sales to incur $2.5 million in lost sales every year. This illustrates the consequence of common SD WAN, SDN and Legacy Networking products failure to solve the issue of latency. 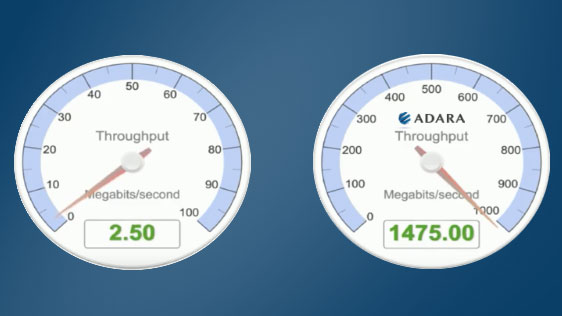 ADARA showed us how the services and applications speed increased by a thousand times."

ADARA SD Wan delivers an average ROI of 500%+ in the first year alone."

Founded by the Pioneers of the Internet & Cisco

Developed in and for the Department of Defense

Developed a networking medical records project for the US Congress.

ADARA created a full stack network for its cloud

ADARA partners with Calient Tech to develop an integrated SD-WAN 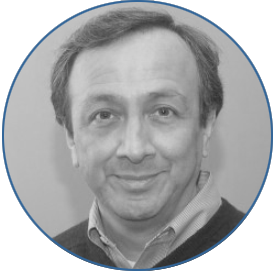 One of the world’s preeminent authorities on networking, including wired and wireless routing and multimedia communications.
Read Full Bio

Dr. Garcia-Luna-Aceves, is one of the Co-Founders ADARA. He is one of the world’s preeminent authorities on networking, including wired and wireless routing and multimedia communications. He is the visionary behind the Company’s technology portfolio. Dr. Garcia-Luna-Aceves is currently a Distinguished Jack Baskin Endowed Professor of Computer Engineering at University of California, Santa Cruz (UCSC) and director the CITRIS Campus. UCSC is home to numerous leading research projects in wireless and mobile networking, sponsored by the Defense Advanced Research Projects Agency (DARPA), Office of naval Research (ONR), the National Science Foundation (NSF) and private industry.

He was Center Director at Stanford Research Institute (SRI). He is a Principal Scientist at the Palo Alto Research Center (PARC). He created and developed the Diffusing Update Algorithm, the basis for Enhanced Interior Gateway Routing Protocol (EIGRP), the core long time proprietary networking protocol, never duplicated, which is in Cisco Systems routers, the majority of globally deployed networking infrastructure. He has served as a consultant to Cisco Systems, Sun Microsystems, Nokia and Metricom. He founded Rooftop Communications, a wireless networking company, which was acquired by Nokia. 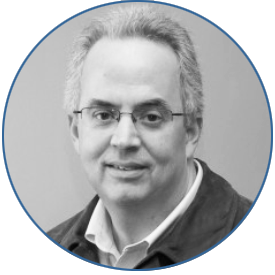 Dr. Bradley Smith in focused in network routing protocol security. His current work is in the areas of policy-based routing.
Read Full Bio

Dr. Smith, is one of the Co-Founders ADARA. He holds a Ph.D. focused in network routing protocol security. His current work is in the areas of policy-based routing, formalizing trust in the context of a routing computation, object routing, and the application of these technologies to the improvement of the security and robustness of Internet-based systems.

His work in this field spans over a decade of extensive research and contributes greatly to the portfolio of core technology assembled under ADARA Networks. Currently, Dr. Smith is an Adjunct Assistant Professor of Computer Science at the Jack Baskin School of Engineering, University of California, Santa Cruz. 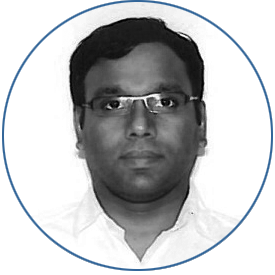 Mr. Gangi is the Chief Networking Engineer for ADARA and the visionary behind the creation of the ADARA cloud and switching platform.
Read Full Bio

Mr. Gangi is the Chief Networking Engineer for ADARA and the visionary behind the creation of the ADARA cloud and switching platform. Mr. Gangi was the visionary behind the ADARA implementation of the Open Flow Data Plane Abstraction which enabled ADARA as the launch partner for the Broadcom Strata XGS (Trident and Tomahawk) System On a Chip; the highest performing Merchant Silicon Switch in the World. Mr. Gangi created the Industry’s Highest Performing Virtual SD WAN platform, which established a new record for Performance in SD WAN. Mr. Gangi conceived, designed and managed the implementation of the ADARA Virtual Cloud Platform that led to ADARA being named one of the Worlds 50 Leading Cloud Companies in a survey of the World’s leading Venture Capital and Institutional Investors. Mr. Gangi also represents ADARA in collaborations with Open Standards Communities including ON.Lab (ONOS), ONF, which are the standards organizations for Software Defined Networking and the World’s Leading Service Providers. At ADARA, he is responsibilities include complete ownership of production code from the development team.

Prior, Mr. Gangi was Senior Software Engineer and Senior Technology Lead at IPInfusion Inc; where he participated in the creation of the IP stacks for nearly every major company, every major IP product implementation. He has been a Senior Engineer and Agile Team Lead at Nokia India Pvt Ltd., and Senior Software Engineer in Products Group of Aricent Inc. Mr. Gangi and a Bachelor’s Degree and Master’s Degree in Computer Science, dissertation work included design and development at the Indian Institute of Information Technology and Management, the leading Indian Institution in research in networking, computing, and QoS. His own work included a focus on QoS provisioning system for IP telephony. 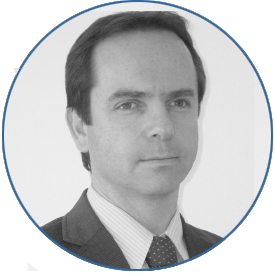 Dr. Spohn is one of the world’s leading authorities on routing, scalable routing and multiple path routing, especially links of unequal costs. Dr. Spohn is the Co-Creator of the Nokia Wireless IP Router based upon the following patents (assigned to Nokia). Dr. Spohn along with Dr. Garcia Luna Aceves, Co-invented the Raytheon Packet Radio for the US Department of Defense which was based upon the WINGS (Wireless Internet Gateways) Defense Advanced Research Projects Agency/DARPA Contract. Dr. Spohn was a PhD student under Dr. Garcia Luna Aceves, the inventor of DUAL, the Diffusing Update Algorithm Finite State Machine and Cisco’s Enhanced Interior Gateway Routing Protocol, and EIGRP, the world’s most commercially successful / widely deployed routing protocol (Cisco). 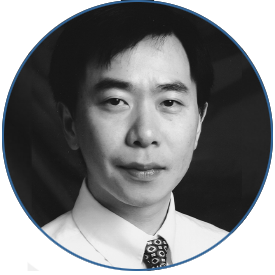 Dr. Qiaobing Xie, along with ADARA Distinguished Engineer Randall R. Stewart (Distinguished Engineer at Cisco, Distinguished Engineer at Huawei) is designer of the Stream Control Transmission Protocol, which serves in a similar role to the core protocol of the Internet Protocol Suite; Transmission Control Protocol (TCP) and popular protocol User Datagram Protocol (UDP), with SCTP being superior over these core protocols in many respects. SCTP provides some of the same service features of both: it is message-oriented like UDP and ensures reliable, in-sequence transport of messages with congestion control like TCP. Dr. Xie and Mr. Stewart collaborated to submit and make SCTP an accepted IETF standard; they also collaborated upon the implementation of SCTP at Cisco as a Cisco standard. Dr. Xie and Mr. Stewart originally invented the SCTP protocol while at Motorola. 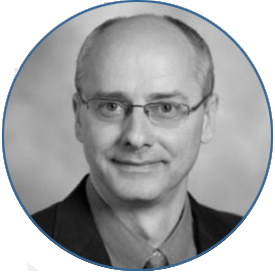 Mr. Stewart was a Distinguished Engineer for Cisco Systems and Huawei Inc., and a key engineer for several leaders in the telecom industry.
Read Full Bio

Mr. Stewart was a Distinguished Engineer for Cisco Systems, a Distinguished Engineer for Huawei Inc., and a key engineer for Motorola, NYNEX S&T (now Verizon) Bell Northern Research, Fijitsu Network Switching, and AT&T. He is a key FreeBSD committer. He is a key participant in the Internet Engineering Task Force RFC2960 - Stream Control Transmission Protocol (SCTP), and other RFCs, and he holds multiple patents and co-authored a book on SCTP. He consults on FreeBSD, NetBSD, OpenBSD, HP-UX, AIX, MAC OS X and Linux operating systems. As the designers of SCTP they originally intended it for the transport of telephony (Signaling System 7) over Internet Protocol, with the goal of duplicating some of the reliability attributes of the SS7 signaling network in IP. This IETF effort is known as SIGTRAN.

Currently, other uses have been proposed: the Diameter protocol and Reliable server pooling (RSerPool). Subsequently, Dr. Xie and Mr. Stewart worked together to perfect the protocol and submit it to the Internet Engineering Task Force (IETF), the leading Internet technical standards body. Both men are the principal authors and editors of the protocol Drafts. Dr. Xie was the IETF Leading Committer on SCTP, Stream Control Transmission Protocol, for over 3 Years. Dr. Xie and Mr. Stewart additionally developed the reference implementation while Dr. Xie was a Principal Staff Engineer at Motorola. Mr. Stewart is the co-creator of multiple patented Company key SDN Affirmative Services Delivery product and technologies. 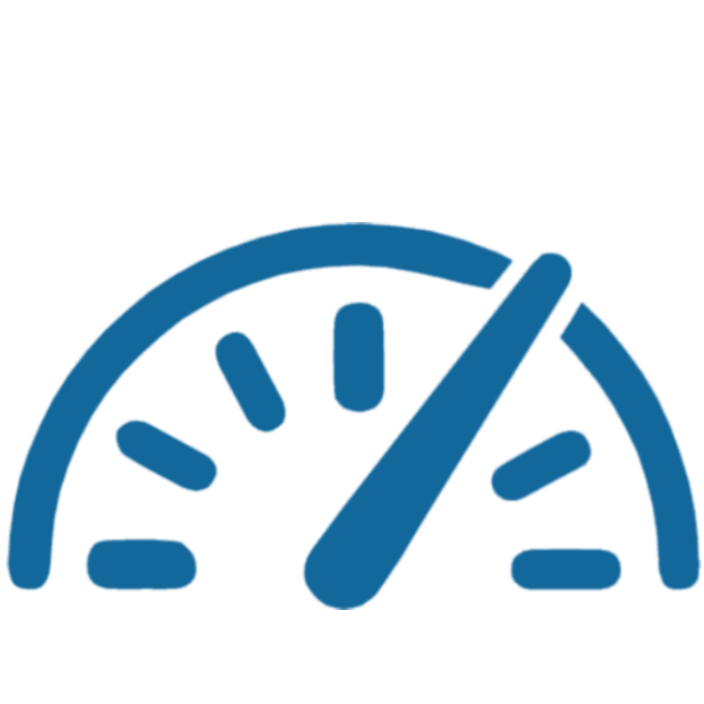 Acceleration Performance TCP rate setting based on real-time measurements that transmit application traffic at the highest possible rate at the requested time. 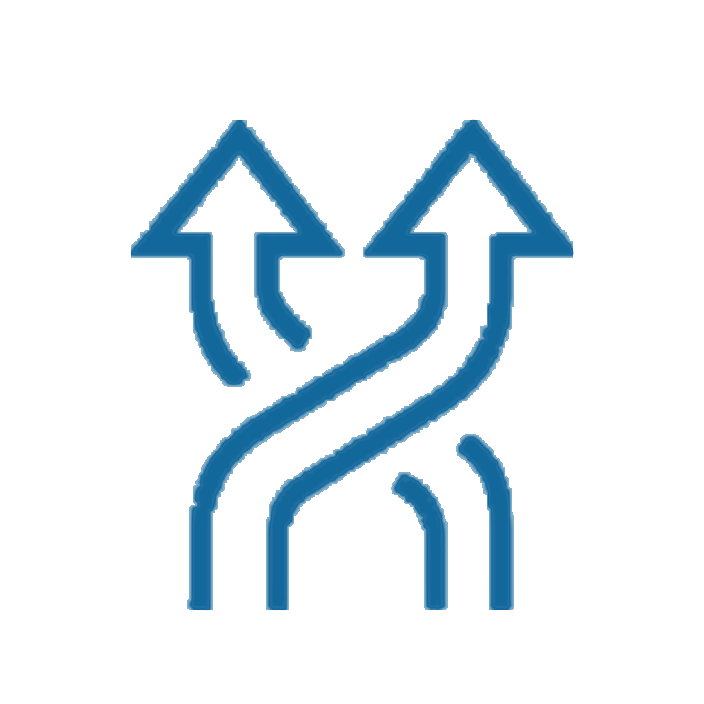 Virtualization performance multipath based on real-time path measurement routes application traffic to the best path at the requested time. 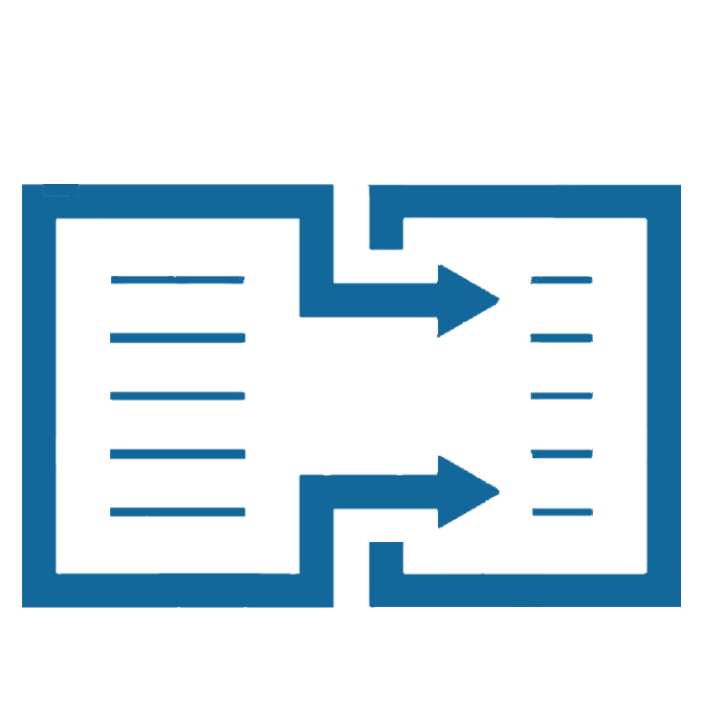